STORAGE OF HYDROGEN IN A BINDED STATE

With the growing environmental problems caused by the use of fossil fuels, the transition to alternative energy sources is becoming increasingly important. One of these sources is hydrogen, which is currently considered promising due to its high calorific value of 141.9 MJ/kg (almost 3 times higher than diesel fuel and natural gas), environmental friendliness and practical inexhaustibility of sources for its production. It is on the use of hydrogen as a means for accumulating, transporting and consuming energy by people, transport infrastructure and various production areas that hydrogen energy is based.

Chemical storage methods are based on the storage of hydrogen in a chemically bound form. The materials used in these methods can be divided into two groups:

- the first group includes materials that directly contain hydrogen in their composition and are capable, under certain conditions, of releasing it in the process of chemical transformations;

- the second group - energy-accumulating substances, which are not necessarily chemically bound with hydrogen, but release it through chemical transformations, for example, the oxidation of iron with water vapor at 550–600 °.

The main advantage of the chemical bonding of hydrogen is the high density of its content, and the disadvantage is the difficulty of repeated use of the storage medium. For metals and hydrides, the mass fraction of hydrogen to the mass of the starting material can be 10–15 %.

Hydrogen Dynamycs Technology has conducted an in-depth analysis of existing hydrogen storage technologies for its application to the masses. After long calculations, the team reached the result and designed a technology for storing hydrogen in a bound state, the mass fraction of which to the mass of the source material can be 45–55 %. The team will soon prepare an intellectual property protection document, while everything is kept secret. 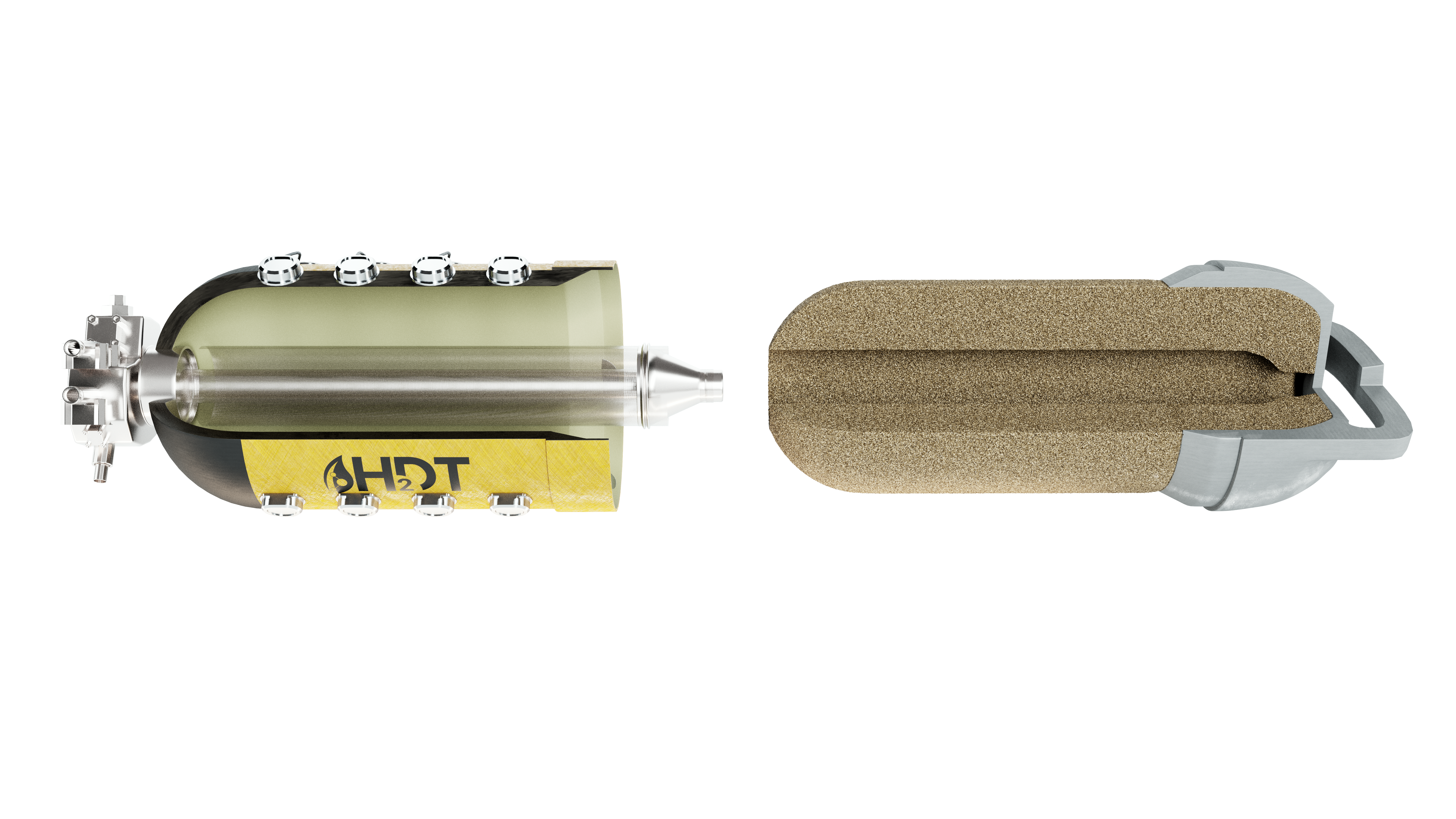 Project Concept Forecasting that a suitable lithium battery technology could emerge in 15 years, the HDT team began to focus on the development of hydrogen fuel cells specifically designed to retrofit existing aircraft ...

The task of the organization, in particular the implementation of the planned targets, entails the process of implementation and modernization of systems of mass participation. The significance of these problems is so obvious that the scope and place of staff training ...